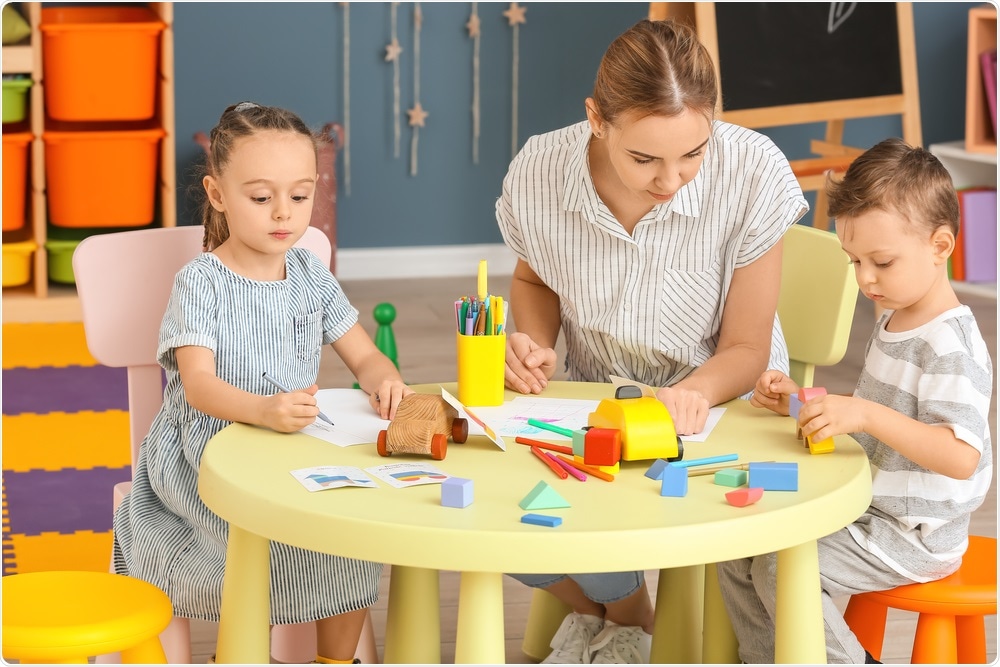 The devastating direct public health impact of the coronavirus disease 2019 (COVID-19) pandemic has been widely studied; however, the magnitude of the indirect impact on mental health has yet to be determined. In Australia, some strict measures including stay-at-home orders have been undertaken to curb the spread of the severe acute respiratory syndrome coronavirus 2 (SARS-CoV-2), which is the virus responsible for COVID-19.

SARS-CoV-2 has arguably had the greatest impact on human activity than any other communicable disease. However, it appears that during the strict lockdowns in Australia, mental health issues have not been duly considered.

A new study published on the medRxiv* preprint server describes child and caregiver mental health during a one-year period. Australia’s experience could offer insights into the mental health impacts of lockdowns, which is essential because future variants and pandemics cannot be ruled out.

Previous research on mental health from the first twelve months of the pandemic showed that the psychological distress faced by adults peaked in the early months. It was observed that mental health inequities were maintained or worsened for adults who were young, female, child-rearing, or had access to fewer socioeconomic resources.

There is an urgent need to conduct more research into the long-term mental health implications of living through pandemics, especially for children. However, scientists are experiencing a major push-back owing to the lack of good quality longitudinal data. To address this gap in research, the authors of the current study utilized Australia’s only nationally representative, which was a repeated cross-sectional survey of families during the pandemic.

The researchers framed three hypotheses, which were that as the pandemic continued, (i) measures of negative mental health would worsen, (ii) characteristics such as caregiver gender and child age would influence the unequal distribution of these impacts, and (iii) current or future lockdowns would make the negative impacts more common.

For this study, data was collected from the Royal Children’s Hospital (RCH) National Child Health Poll, which comprises periodic cross-sectional surveys of about 2,000 Australian caregivers of children between the ages of 0-17 years.

The surveys captured demographic, socioeconomic, and lockdown heterogeneities. The 6-item Kessler-6 (K6), comprising 5-point scales (1 “none” to 5 “all of the time”) was used to note anxiety and depression symptoms that were self-reported by caregivers. The survey respondents also rated the impact of the pandemic on their own and each of their children’s mental health.

The average caregiver cared for 1.7 children. Approximately 57% of caregivers had a university degree, 24% were born outside Australia, and 22% did not speak English at home. Job/income loss due to COVID-19 was similar, ranging from 27-28% across surveys.

Caregivers with a higher socioeconomic status reported more negative mental health impacts for themselves and their children. Job/income loss showed no clear pattern across the two categories. After the June 2020 survey, declining mental health was clearly observed for current and cumulative experiences of lockdown.

The main advantages of the study include the large representative samples and the high response rates. However, the lack of pre-pandemic data hinders the analysis of overtime changes.

Another limitation is that the caregiver’s report from one caregiver may bias a child’s rating. The current study, however, addresses the important question of mental health and shows that the strategies to recover from the pandemic should consider supporting families’ mental health and socioeconomic wellbeing.

Setting Boundaries with Family / How to Set a Loving Limit
60 Cute Quotes On Learning & Friendship For Preschoolers
I left my kids and husband to find myself
Expert sound alarm on the crisis in sex education across the U.S.
Researchers report long-lasting effects of gene therapy in children with deadly immune disorder