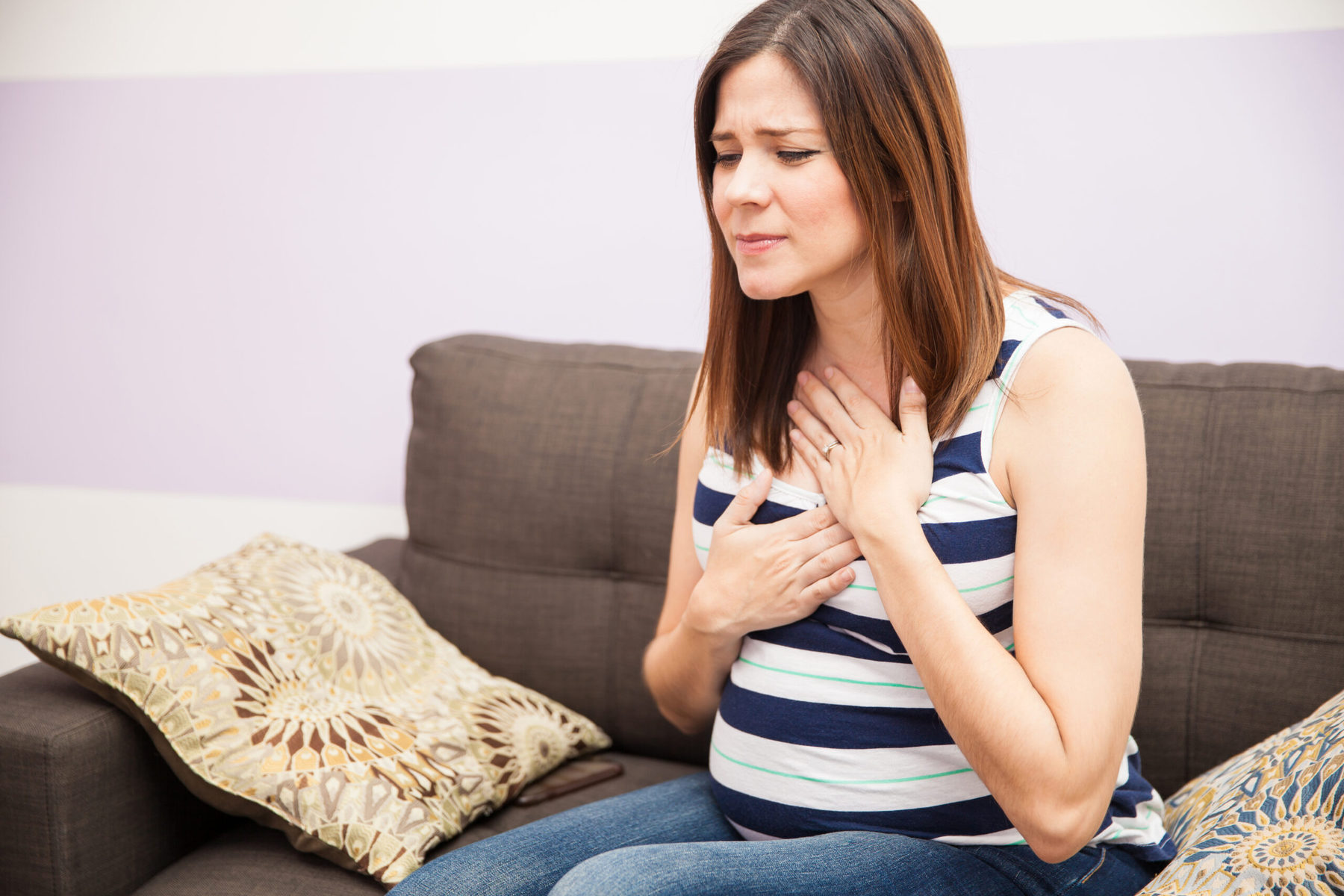 This article may include advertisements, paid product features, affiliate links and other forms of sponsorship.

Acid Reflux during pregnancy is a pesky symptom that commonly shows up in the 2nd to 3rd trimester. It’s not always easy to know what is safe to take for acid reflux during pregnancy. Are OTC medicines okay? Are prescription medicines safe for the baby long-term? Are there natural remedies to consider that are both effective and safe? So many questions, but don’t worry, with the tips outlined in this article, you’ll be able to find some relief from that burning pain and learn a few ways you can minimize its occurrence, too!

What is Acid Reflux (GERD)?

Why does acid reflux during pregnancy occur?

Pregnancy is a complex process that involves so many changes throughout a woman’s body. One of these changes includes large amounts of the hormones progesterone and relaxin being produced. Progesterone is responsible for helping the uterus grow during pregnancy and in late pregnancy, helps the breasts prepare for lactation. Relaxin, on the other hand, is responsible for helping promote the embryo’s implantation into the uterine wall in addition to inhibiting contractions in early pregnancy (to prevent preterm childbirth).

With these two hormones surging through a pregnant woman’s body, her esophageal sphincter (the little muscle responsible for staying closed off at the top of the stomach) becomes relaxed and loses its seal. This then leads to what we know as reflux — where acids and partially digested foods backflow up into the esophagus causing that uncomfortable burn.

What are the signs of acid reflux while pregnant?

Some women also note a bitter or sour taste in their mouths. However, it’s important to remember each individual is likely to have a variety of symptoms that differ from one another. Once you notice one or two of the symptoms above, it’s impossible to mistake acid reflux during pregnancy for anything else.

What helps with acid reflux during pregnancy?

Now that we know why acid reflux during pregnancy happens, what in the world can be done to bring some relief? Well, first things first, moms should be sure to discuss with their primary care provider any questions or concerns they have about their acid reflux before consuming any medications. Once she gets the approval from her doctor, these remedies have been known to help moms relieve the uncomfortable symptoms of acid reflux during pregnancy:

READ MORE: Chamomile Benefits: It is More Than Just Tea

Can Acid Reflux During Pregnancy Be Prevented? Yes!

Spicy foods, though delicious, are not a pregnant woman’s friend when it comes to combating acid reflux during pregnancy. In fact, spicy foods can cause lots of irritation to the esophagus and even slow down digestion. This means food will take longer to digest, ends up sitting in the stomach, and is more likely to back up into the esophagus.

Greasy/High-Fat foods (usually from fast-food places) on the other hand can cause the esophageal sphincter (the little muscle that’s supposed to keep stomach acid in the stomach) to become relaxed and lose its seal, allowing stomach acid to backflow. These foods can also slow digestion similar to spicy food.

Does this mean you should always avoid all spicy or greasy foods? Maybe not. With proper over-the-counter medication, moms may still be able to enjoy their favorite meals within reason. After all, you don’t want to give up all your favorite foods during your pregnancy!

Knowing that acid reflux is typically accompanied by slower digestion and stomach acid backflow, one thing that can help is to consume smaller meals throughout the day. This gives the body time to digest its food while limiting the amount of partially digested food just sitting in the stomach waiting to come back up. If eating 3 to 4 big meals is what you normally consume, try 5 to 6 smaller meals instead! Simply set a timer to remind yourself to have a snack so you actually eat throughout the whole day – pregnancy brain is a real thing!

If mom needs a little pick me up, she can try something like an energizing superfood-filled smoothie instead! Bonus tip, try using a pregnancy pillow or wedge pillow to elevate your head and upper body while sleeping. Not only can this help mom to minimize the acid reflux discomfort, but it also can help her get some much-needed rest too!

For some moms-to-be, acid reflux can be quite debilitating. For others, it could just be a little side effect that comes and goes. Either way, it most definitely isn’t considered one of the “fun” pregnancy side effects and we hope these tips can help you cope with or ditch your acid reflux during pregnancy.