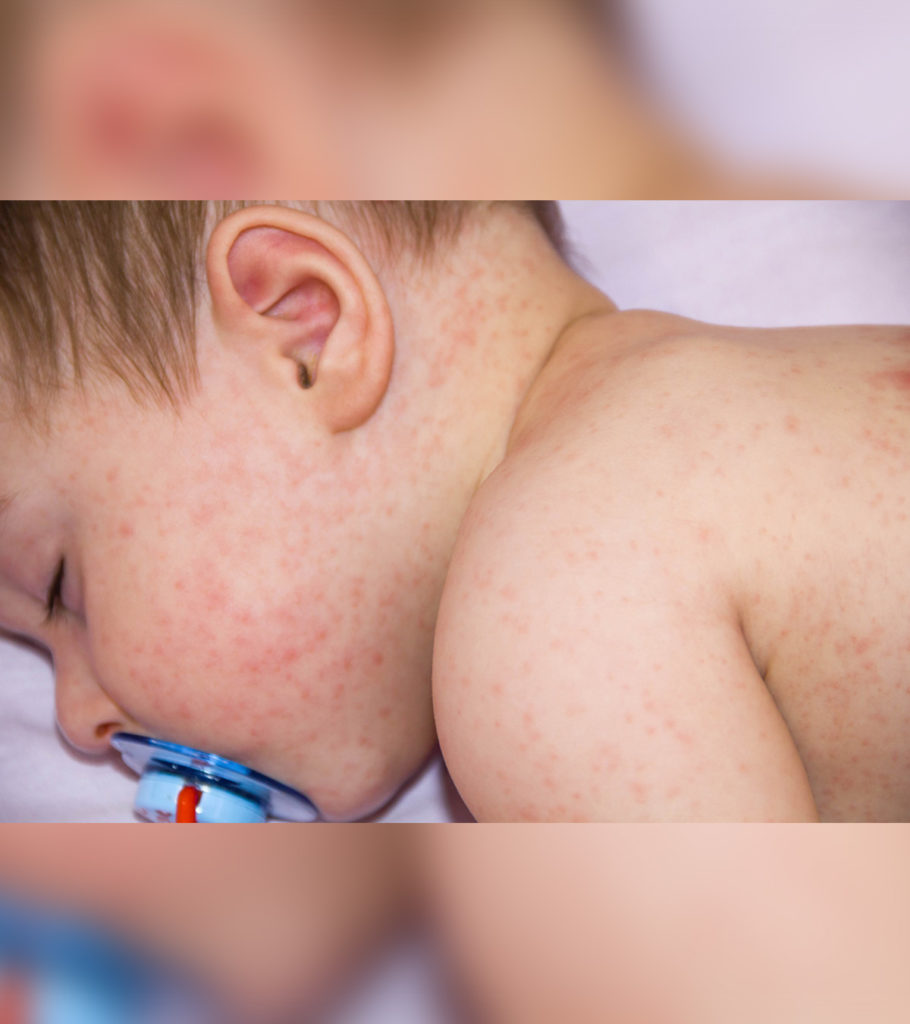 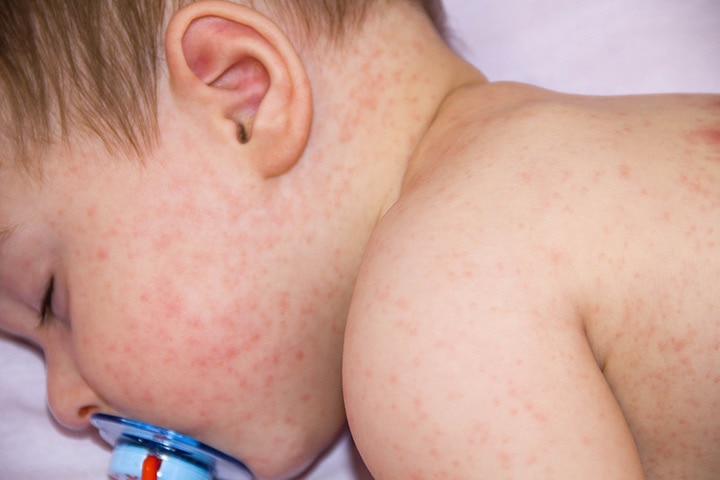 Fever and skin rashes can be present in many infectious diseases, and it is more common in children than adults. Despite the rashes, a toddler may appear well. These rashes can be due to immune reactions of the body towards the virus or other pathogen. A skin rash during fever can be more serious than a rash developing after fever.

Read this post to learn about the various infectious diseases that cause skin rashes in toddlers after a fever.

Causes Of Rashes After Fever In Toddlers

The following conditions may cause rashes in toddlers after a fever.

Roseolainfantum, also called the sixth disease, three-day fever,exanthemsubitum, or pseudo-rubella, is common in toddlers. This is caused by human herpesvirus-6 (HHV-6). Another strain of herpes virus, herpesvirus-7, may also cause roseola in toddlers in rare cases.

Fever in roseola: The infection may begin with a high fever, often ranging from 102°F to 105°F (38.8°C to 40.5°C) in children below two years of age. The fever may last for three to seven days and often present with the following symptoms.

Treatment for roseola: There is no specific treatment for roseola in toddlers, and the condition may run its natural course. However, it is recommended to seek pediatric care for fever spikes since it may cause febrile seizures in some toddlers.

Hand, foot, and mouth disease (HFMD) is a viral illness caused by viruses belonging to the enterovirus family. Coxsackievirus A16, coxsackievirus A6, and enterovirus 71 (EV-A71) are common viruses associated with HFMD in toddlers. Most children may get HFMD by five years of age.

Fever in HFMD: This disease may begin with fever, sore throat, and lack of appetite in toddlers. Painful mouth sores (herpangina) are seen one or two days after the fever. These sores may begin as small red spots and become blisters. Fever may subside within three days in most toddlers. Eating or drinking issues due to painful swallowing and drooling are also seen in HFMD.

Rash in HFMD: Toddlers may develop red spots on the palms and soles. The rashes may spread to the buttocks, limbs, and genital area in severe cases.

Treatment for HFMD: There is no specific cure for HFMD, and it may resolve within seven days after running its natural course. Children may require fever medications and hydration to prevent dehydration. Severe infection may affect fingernails or toenails, causing them to fall off. You may consult a pediatrician in such cases.

Fever in the fifth disease: Cold-like symptoms such as runny nose followed by mild fever is characteristic of this condition. Fever may last seven to ten days, and children are contagious during this time.

Rash in the fifth disease: Rosy cheeks may appear as “slapped cheek” or “slapped face” and are usually seen seven to ten days after fever. This rash can be slightly raised with lace-like patterns and often spread to the body and limbs. Fifth disease rash can be itchy and often disappear in seven to ten days. In some toddlers, the rash may come and go for several weeks in various parts of the body.

Treatment for the fifth disease: This is a mild childhood illness that goes away without specific treatments. Healthy toddlers may recover without complications. However, if your toddler has any health condition, such as anemia, the symptoms may worsen, requiring medical care.

Many other diseases, such as measles and scarlet fever, can cause skin rashes and fever in toddlers. However, these conditions may usually cause fever during the onset of skin rash. Although it is possible to have skin rash after seven days of illness in scarlet fever, this condition is rare in toddlers due to maternal antibodies.

Most viral illnesses require time to run their course, and most toddlers feel better after the fever ends. Viral rashes after fever may not require treatment since it fades away in a short time. You may try the following home care measures during these illnesses to ease the symptoms.

While you take care of the toddler, ensure your safety. Wash your hands with soap and water before and after touching the child during these illnesses to prevent spreading it yourself and others.

You may contact the pediatrician if your toddler has a fever lasting for more than three days or has a high temperature. Rashes after fever can be managed at home as per the doctor’s suggestions. However, worsening rashes or rashes lasting longer than usual could require medical care.

Skin rashes after a fever could commonly occur in toddlers due to various illnesses. You may contact the doctor if your toddler has any illness with a high fever. Toddlers with high fever may require fever medicine to prevent complications. However, most rashes after a fever seldom require specific treatment and could resolve on their own.

Study finds distinct lower airways in children with cystic fibrosis
25 Stylish Yet Budget-friendly Toddler Room Ideas
I left my kids and husband to find myself
28 top toys for little kids
Expert sound alarm on the crisis in sex education across the U.S.