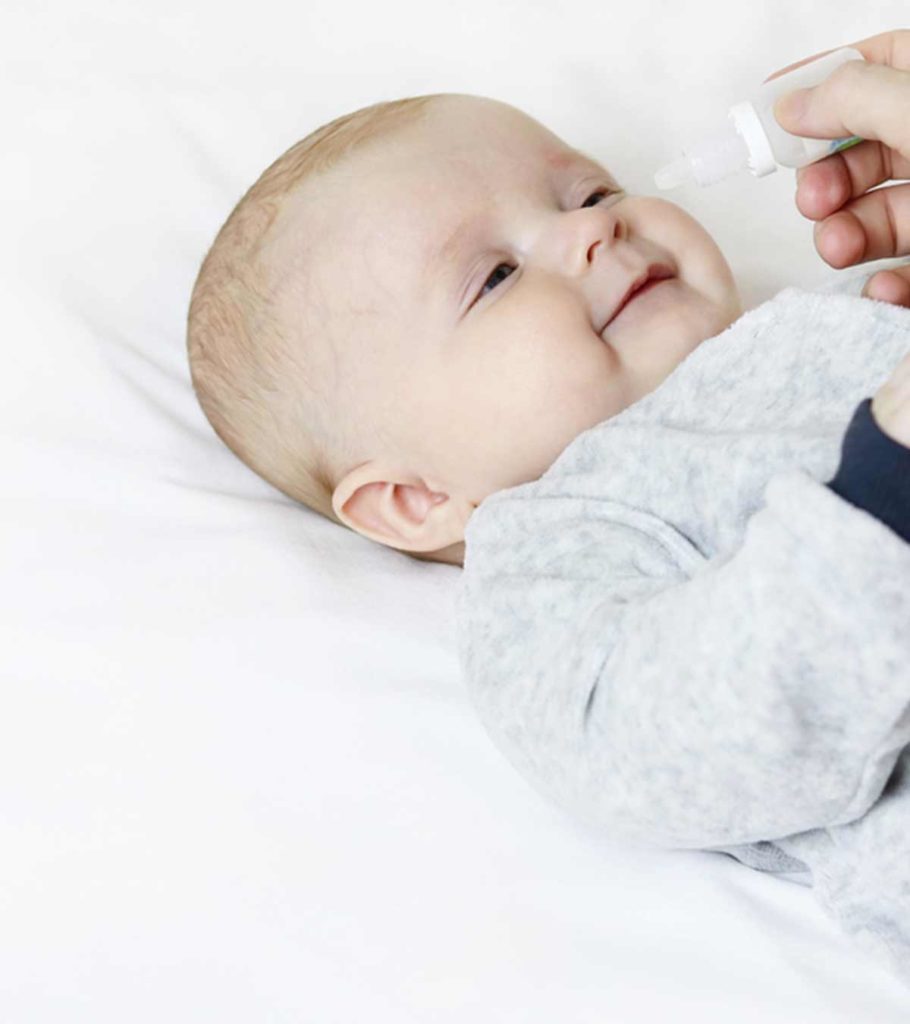 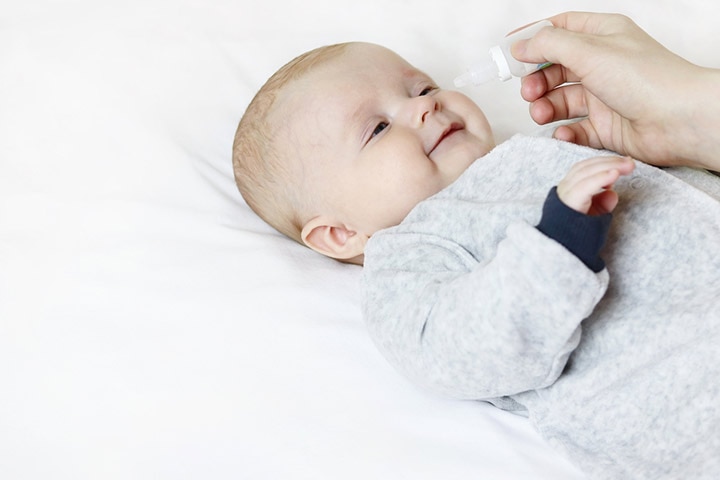 Babies and toddlers are susceptible to cold and often present symptoms such as a runny nose, cough, sneezing, and nasal congestion. Although most of these symptoms subside quickly, nasal congestion could cause significant discomfort.

Nasal congestion is a condition in which your toddler’s nasal passage is blocked by mucus, and they experience difficulty in breathing (1). Babies and toddlers breathe through their noses and may not be able to blow their noses (2). Read on to learn about the causes, remedies, and preventive measures for nasal congestion in toddlers.

Causes Of Nasal Congestion In Toddlers

There can be many causes of nasal congestion in toddlers (1).

1. Cold and flu: It is the most common cause of nasal congestion in toddlers and children. It causes mucus to temporarily block the nose, making it difficult for the toddler to breathe.

2. Sinus infections: The sinuses present in the face drain into the nose. When these get infected, they drain mucus into the nose, causing it to block the nasal passage.

4. Swelling of bones inside the nose: The nasal bones could swell due to allergies or infections, causing nasal obstruction and congestion.

5. Polyps in the nose: These are growths inside the nose that obstruct normal breathing.

6. Insertion of a foreign body into the nose: It is very common for infants and toddlers to insert a foreign object, such as a peanut or button, into their nose. This can lead to nasal obstruction and subsequent infection, leading to nasal congestion eventually.

7. Enlarged adenoids: Adenoid is a tissue located at the back of the nose. An infection of this tissue can cause increased mucus production and nasal congestion.

8. Deviated nasal septum: The nose is divided into two halves by a thin wall-like tissue called the nasal septum. When this septum deviates towards one side, it can cause nasal obstruction and congestion in some toddlers.

Below are some of the common symptoms of nasal congestion in toddlers.

Most babies and toddlers do not know how to blow their noses until they turn four years old (4). Here are a few effective home remedies to help decongest their nose and ease their breathing.

You can make ambient air steamy by running a hot shower in the bathroom and shutting the door. Doing this right before feeding or sleeping helps decongest the toddler’s nose and allows them to feed and sleep properly (5).

A very effective technique to relieve your toddler’s congestion is by using over-the-counter (OTC) saline nose drops and a nasal aspirator (4). A few minutes before your toddler’s feeding or sleeping time, add a few drops of saline in your toddler’s nostril to loosen up the nasal mucus.

Use a nasal aspirator to suck out the loosened mucus and clear your toddler’s nasal passage. Parents can also use a nasal saline spray after doctor consultation (5).

Nasal congestion could make it difficult for the toddler to breathe when lying on their back. You can encourage them to sleep on their sides or raise their head with a pillow. Sleeping in a partially upright position will allow the mucus to flow downwards and not clog the nasal passage (5).

A characteristic of nasal congestion is that despite the thick mucus inside the nose, the lining of the nasal passage could feel dry. A cool-mist humidifier can ease out the dryness and also make breathing easier for the toddler. Remember to keep the humidifier clean (7).

You can also relieve your toddler’s nasal congestion by serving them warm, tasty, and healthy homemade soups. They keep your toddler feeling full and are also nutritious.

Studies have shown that chicken soup contains compounds that could loosen the mucus and ease nasal congestion (6). You can also serve soups made from different vegetables, such as tomato or carrot.

Nasal congestion with other associated symptoms can tire your toddler. They should get as much rest as possible to recuperate before returning to their daily activities. It is also important to keep them hydrated with lots of fluids to prevent dehydration (6).

Most cases of stuffy nose and nasal congestion in toddlers subside with basic home remedies within a week (8)
. However, you may need to see a doctor in certain cases (5). Consult a doctor if the following conditions accompany the toddler’s nasal congestion.

You should also consult a doctor if the nasal congestion persists for a week. The doctor may perform various tests to determine the underlying cause and prescribe a treatment.

Nasal congestion is quite common in babies and toddlers and rarely leads to complications. Toddlers with nasal congestion often show associated symptoms, such as a runny nose, fever, and cough. Easy home remedies could help the toddler feel better. If your toddler’s nasal congestion does not resolve within a week, it is best to consult a pediatrician.