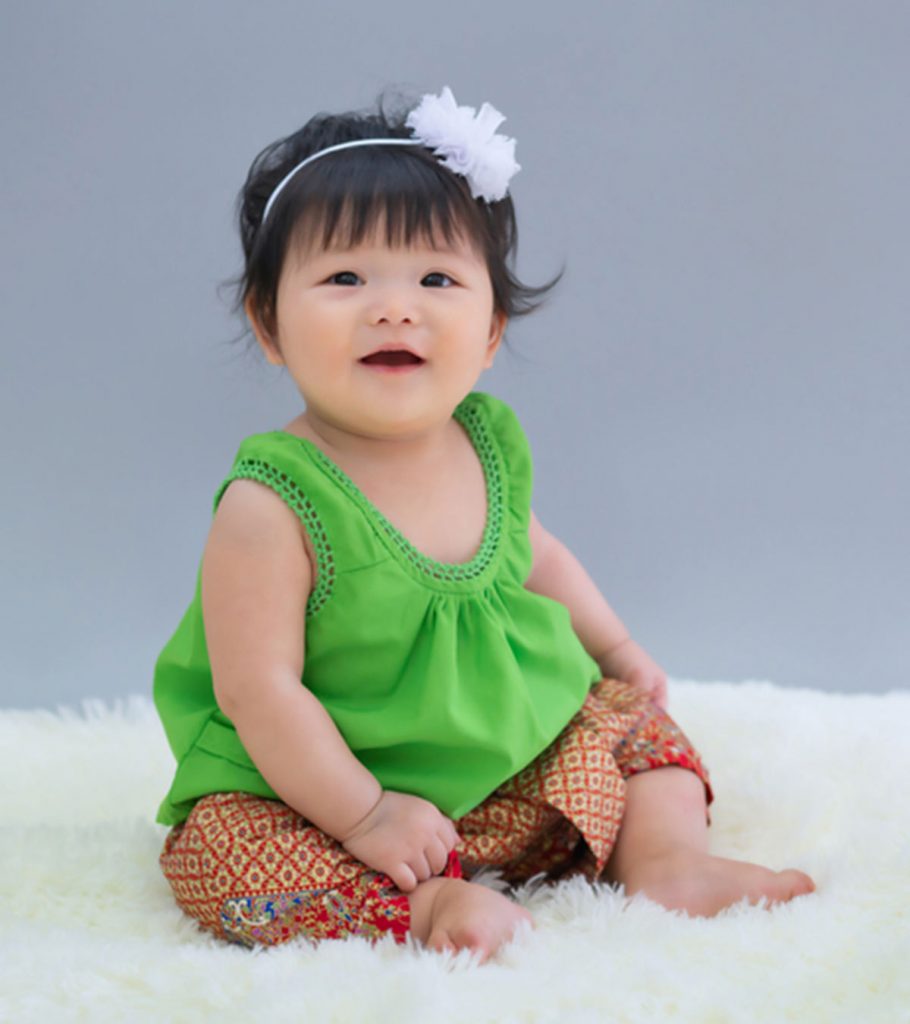 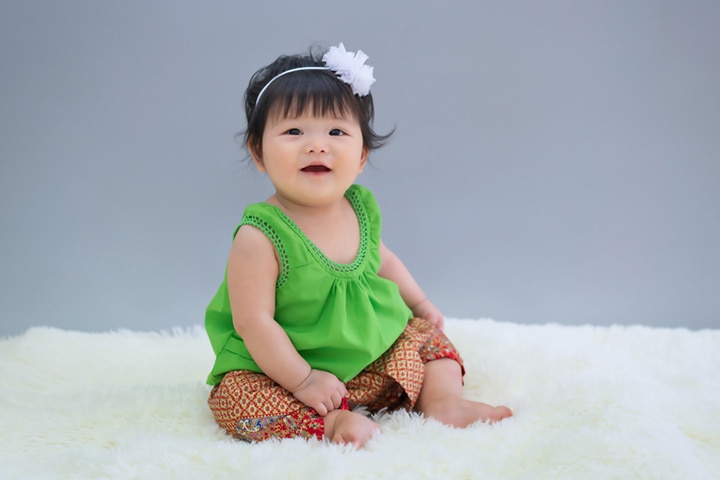 The land of smiles, Thailand, is known for its exquisite beauty and culture. It is the most famous tourist place globally and captures your attention with its unique touch of elegance found in its monasteries, beaches, and cuisine. But do you know what else is special about this country? The last names of the natives.

Last names or surnames were not common in Thailand until the 19th century. But over time, the kings got inspired by the surnaming culture of the west and started the policy. The Thai last names are inspired by Thai, Chinese, Hindi, and Arab languages. You also find that several names were originally indicative of a person’s native land or occupation.

Keep reading this post for the common Thai last names or surnames with meanings.

It is a name inspired by the former famous King of Thailand, Bhumibol Adulyadej. The name is derived from the Sanskrit words “Atulya,” meaning ‘incomparable’ and “Tej,” meaning ‘power.’

It is a heavenly last name as it means ‘sky’ and is of Thai origin.

Derived from the Sanskrit word, Aanand, the name means ‘joy’ and ‘happiness.’

Th ename of Cambodian origin refers to the word of new beginnings and luck, as it means a ‘greeting.’

Derived from the Thai word Anong, it means ‘beautiful woman.’

It means ‘little patience’ and is of Thai origin.

The name is inspired by a Thai mythological angel and means ‘the protector.’

It is a mythological-inspired Thai origin name as it means ‘magic power.’

Although it means ‘rare,’ this Thai origin name is common in the provinces.

Inspired by the Hindu name ‘Aditya’, Arthit means ‘man of the sun’ and has its origin in Thai.

The Thai origin name is nature-inspired and it means ‘lightning.’

A Thai-inspired name is suitable for warriors as it means ‘a weapon.’

The name is taken from the famous city, Ayodhya. Idiomatically, it means ‘invincible.’

Referring to the tree of awakening, Bho is a Thai origin surname that refers to the ‘Bodhi tree.’

Itis an occupational last name as it means ‘farmer.’

It is a Thai origin name suitable to descendants of warriors as it means ‘conquer.’

Chaiyasing is a Thai origin name and means ‘victory.’

It is a motivational last name that means ‘to prosper.’

It is an optimistic Chinese origin name that means ‘tremendous’.’

Refers to ‘biography,’ this last name is related to a multi-generational family.

It is the Thai form of the Chinese name Cai (or Kai), which means ‘rejoice.’

It is originally a Chinese origin name from the Zhou dynasty.

The last name of content, Kasem, means ‘happiness’ and is of Thai origin.

It means ‘golden ring’ and is a surname of Thai origin.

Meaning ‘strong, ’Khemkaeng is a Thai origin name that means empowering and encouraging.

Itrefers to Bangkok, ideal for those families originating from the capital city.

This Chinese-inspired surname is popular in Asia and refers to ‘logic.’

Defining the ‘yellow color of gold,’ this Thai origin name is all about inner shine and brightness.

It is a nature-inspired Thai origin name as it refers to the ‘fig.’

It is a topographical name that refers to someone from the Mokok islands of Thailand.

Referring to a ‘kind of flower’ or simply ‘flower,’ Malee is a nature-inspired Thai origin name.

The Thai name of the tropical ‘mango’ is a surname defining nativity.

Itis the native name of the exotic fruit ‘mangosteen.’

It is a Sanskrit origin name that means ‘mental balance.’ Lisa Manoban, the Thai rapper is a famous personality with this name.

It is Thai slang that means ‘cute.’

Itis a topographical name and refers to the descendants of the city Na Chiangmai, which was also labeled as creative city by UNESCO.

The name of goodness as this surname means ‘fruit’ in Thai.

Referring to a ‘jujube’ fruit, Phutsais a rare Thai surname.

The lastname usually depicts the ‘history’ of a family. Pravat refers to the same and is of Thai origin.

It is a famous surname indigenous to Thailand that also captures its aura as it means ‘bell’ and ‘chime,’ and is sometimes referred to as ‘temple.’

Inspired by the Sanskrit word “Ratna,” this name means ‘gem.’

It is a Thai origin ancestral name for those from the Rattanakosin dynasty.

A Thai origin name suitable for a family of leaders means ‘good at fighting.’

The name has both Thai and Sanskrit origins. In Thai, it means ‘good with words’ whereas, in Sanskrit, it refers to ‘red lotus.’

A name of royalty, Rueng means ‘glory’ and has Thai origins.

The Thai form of the Chinese name “Zhao”refers to someone from the Zhou dynasty.

The name is the Thai form of the Chinese name, “Zhuang” referring to the largest minority group in China.

It is the Hawaiian form of Chinese ‘Liu.’

An alternative name for Saeli, which is another form of “Li.”

The rare surname is another form of Saelau, a version of the Chinese origin name ‘Li.’

The Thai form of Chinese ‘Lin,’ Saelim refers to a ‘forest.’

Kaeo means crystal, and this Thai origin name means ‘crystal light.’ It can also be used as “Saengkaew.”

The name combines the energy elements of nature as it refers to ‘light’ and ‘tree.’

A shining surname combines the properties of ‘light’ and ‘gold.’

Thong is another name for ‘gold’ and is of Thai origin.

The popular Thai last name is the native form of the original Chinese name ‘Chen’ which means ‘dawn.’

A common surname derived from the Chinese surname Tang, which means ‘gift of God.’

The Thai form of the Chinese name “Zhang” refers to the action of ‘drawing a bow.’

The Chinese name “Huang” in native Thai form refers to the people of higher society who would usually wear jade in the olden times.

Refers to the Chinese name “Yang,” from ‘yin and yang.’ It is the ‘masculine principle of the universe.’

It is another form of the surname ‘Salae’ and means ‘great singer’ of Arabic origin.

Thename means ‘partner’ and is of Hindi origin.

This Thai last name means ‘one who does good.’ It is also the last name of the former first female Thailand Prime Minister Yingluck Shinawatra and holds national importance.

It means ‘lions’ dynasty’ and is of Thai origin.

It is inspired by the word “Simha” meaning ‘lion’ of Hindi origin, and “Kham” meaning ‘speech’ or ‘word’ from Thai origin.

The Thai name means ‘color of the heart.’

Meaning ‘golden necklace,’ this Thai name is simple and classy.

The Thai origin name is an ideal surname as it means ‘sacred.’

The Thai name of nature’s finest hunter refers to the ‘leopard.’

The surname is ideal if your ancestors were warriors, as it means ‘powerful individual’ and is of Thai origin.

Sanouk means ‘fun’ and is a surname that would constantly remind one of the good times.

The Thai-derived name means ‘blessed.’ One of the famous people with this last name is the folk singer Thailand singer SiripornAmpaipong.

The last name was inspired by the historic hero Phraya Pichai who was renamed Thong di by his instructor. It means ‘one with white teeth’ and is of Thai origin.

It means ‘treasure’ and has Thai origins.

Inspired by the Chinese surname, Wong means ‘a field or a meadow.’ It is also referred to as ‘kin’.’

It is a common Chinese surname that represents drawing a ‘bow’ or an ‘archer.’

Thai surnames have a different take on the concept of last names. They do not speak of a particular tribe or dynasty native to Thailand but explain their history. One of the most interesting elements of Thai surnames is its inspiration from different languages of the globe.