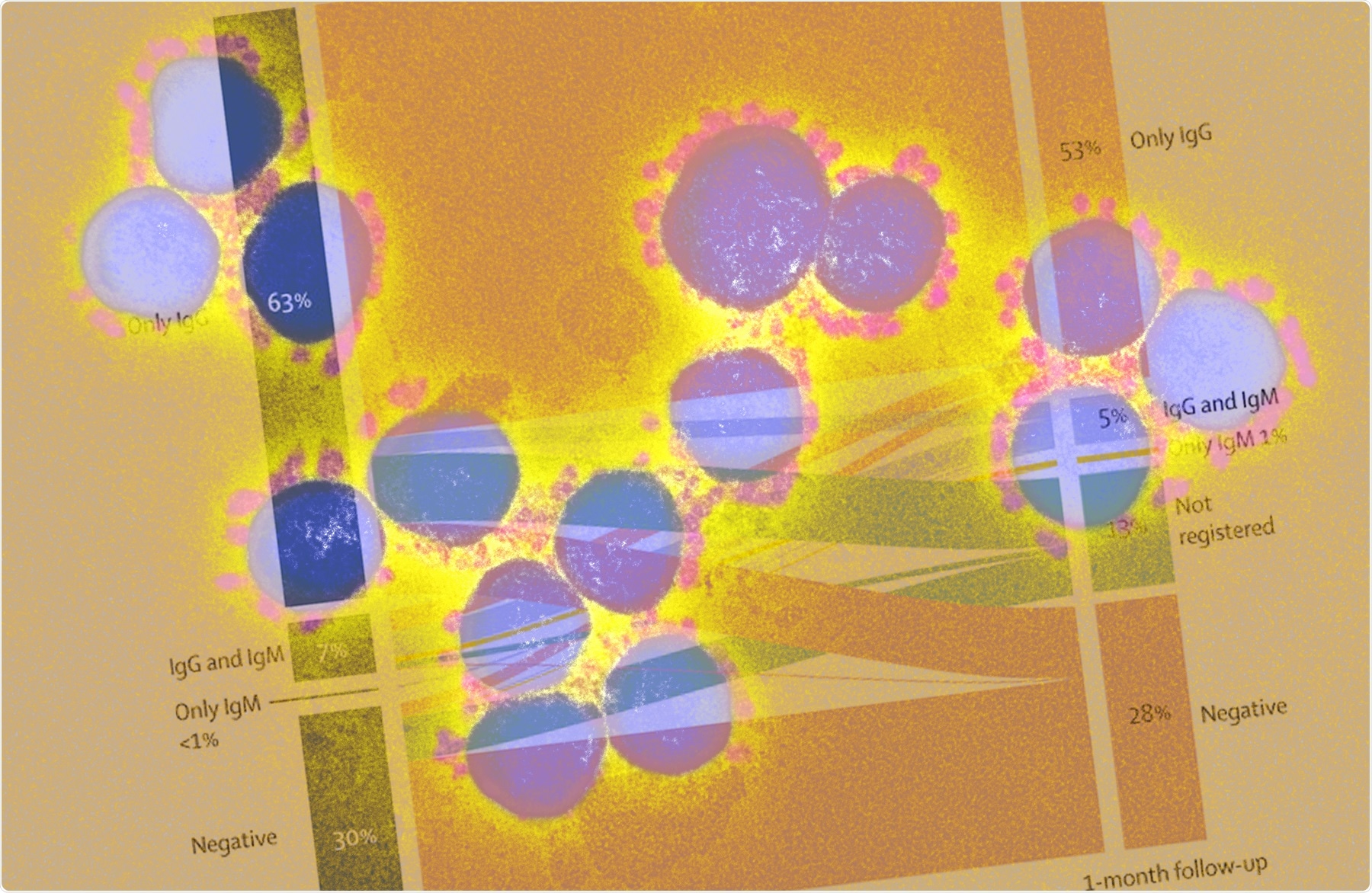 Seroprevalence was found to be 70% in the population, which indicates that most people in the area were infected at some point and developed immunity to severe acute respiratory syndrome coronavirus 2 (SARS-CoV-2).

By the middle of 2020, Iquitos, Peru, had the highest number of SARS-CoV-2 antibodies in the world. Despite natural immunity, the city experienced a second coronavirus wave, with reinfections possibly owing to the P.1 variant.

“The evidence suggests that the vast majority of the inhabitants of Iquitos had been infected with COVID-19 by July, 2020. However, the transmission did appear to continue at a low level, as seen by a slight increase in seroprevalence in the test-retest findings, and such a high seroprevalence did not prevent a second wave driven by a more dangerous variant of the virus.”

Their study was recently published in The Lancet Global Health.

At the time of the study, New York City had the highest seroprevalence, with other countries reporting seroprevalence ranging from 0.3% to 61.4%. In the absence of a COVID-19 vaccine, achieving herd immunity requires at least 70% seroprevalence.

Iquitos, Peru, was chosen because it was one of the hardest-hit cities in the first wave — a high number of infections and death toppled the public health system in a few weeks.

How they did it

The researchers followed people living in Iquitos, Peru, from July to September 2020. They recruited participants from all four districts, including sampling from 90,354 households.

Eligible participants were screened in the first week of each month. They also donated blood samples via fingerpricks to test for IgG and IgM antibodies specific for SARS-CoV-2.

The published results reflect data from July 13-18, 2020, and the 1-month follow-up from August 13-18, 2020. Data from September 2020 was incomplete due to difficulties in getting participants to come for a second follow-up.

In total, the study recruited 716 participants in all four districts. The representative samples also had a diverse group of participants based on gender and age. The average participant age was 29.2 years. About 51% of participants were women and tended to live in the urban areas of either the San Juan or Iquitos district.

About 86% of participants reported no health conditions. Those who did have medical conditions reported heart disease, diabetes, chronic lung diseases, obesity, and kidney disease. Four people were pregnant, and one participant had Down syndrome.

Of the 716 participants, 70% had either IgM or IgG antibodies specific for SARS-CoV-2. The results suggest a majority of people living in Iquitos, Peru, were infected with SARS-CoV-2 before July 2020.

Antibodies appeared to be durable. After the 1-month follow-up, 66% were seropositive for IgM or IgG.

Seroprevalence differed across age. People who were 60 years or older and children younger than 12 had the highest seroprevalence rates.

The lowest seroprevalence came from the 18-29 group. However, this age group was also significantly less likely to test positive for COVID-19 after a month compared to participants younger than 12.

Results did show that people who tested positive for IgG antibodies tested negative for reinfection after one month.

The incidence of new COVID-19 exposures was lower in people living in urban areas than in rural areas.

“Our study estimates show that most Iquitos inhabitants were infected with COVID-19 before our baseline measure in July 2020. However, transmission did appear to continue at a low level, as seen by a slight increase in seroprevalence in the test-retest findings. Despite such high seroprevalence, both Iquitos and Manaus have experienced second waves starting in January, 2021, probably due to the emergence of the SARS-CoV-2 P1 variant in Manaus, which has shown higher transmissibility and reinfection rates,” concluded the researchers.