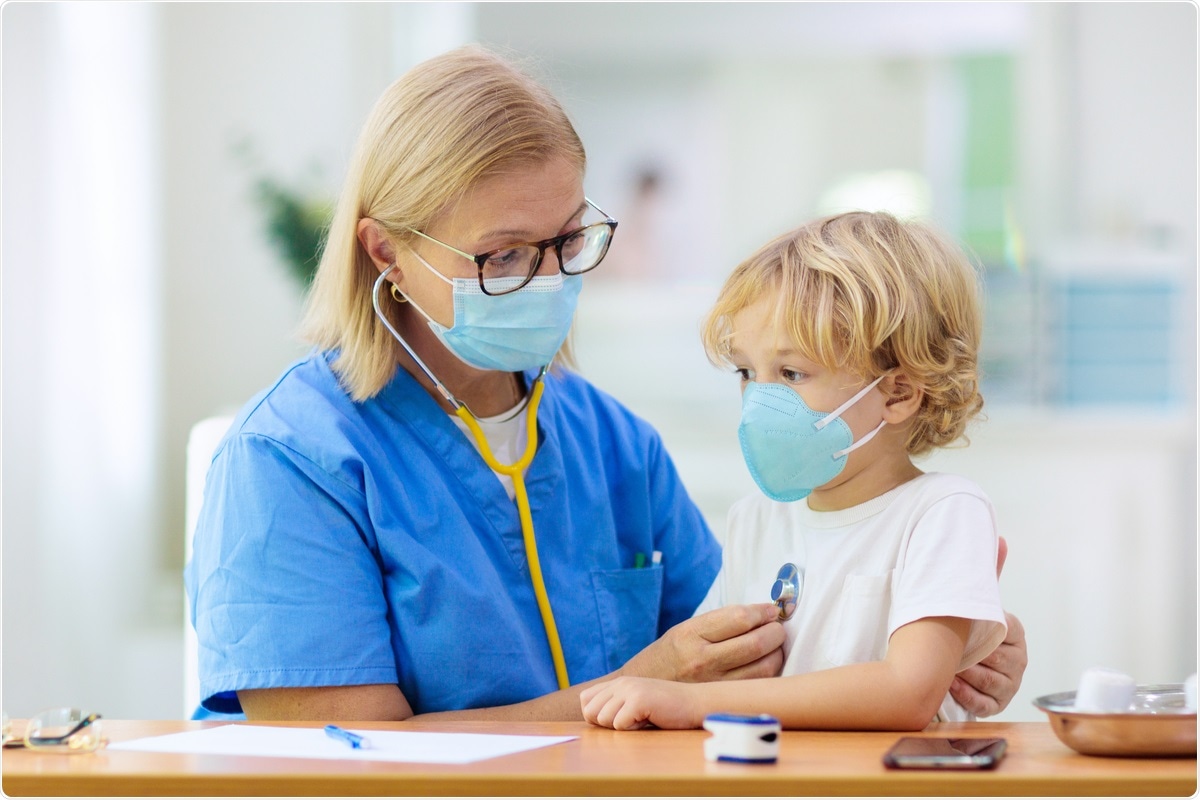 While the earlier waves of the coronavirus disease 2019 (COVID-19) pandemic relatively spared children, some of the affected children have developed a systemic inflammatory condition, with occasionally fatal outcomes. Called multisystem inflammatory syndrome in children (MIS-C), its pathogenesis and risk factors are the subject of a new study on the medRxiv* preprint server.

MIS-C was first reported in April 2020 as a dysregulated immune response occurring some weeks after infection with the severe acute respiratory syndrome coronavirus 2 (SARS-CoV-2). Initially, it was confused with toxic shock syndrome and Kawasaki disease, both of which present with fever and a skin rash.

The absence of specific features has led to different sets of guidelines being set forth by various professional societies such as the Royal College of Paediatrics and Child Health (RCPCH), the Centers for Disease Control (CDC) and the World Health Organization (WHO).

The study involved children from three different countries up to the age of 17 years. All had a fever for at least three days, raised inflammatory markers, and positive tests for SARS-CoV-2 (polymerase chain reaction, rapid antigen test or serology)/contact with COVID-19 patients – these being the WHO criteria for MIS-C.

Some patients had a fever for less than three days, but were included because they had received steroids or intravenous immunoglobulin, or both, during this period.

Of the 230+ children, the median age was about six years, while two were less than three months of age.

About one in five had underlying medical conditions. Over 60% had been put on antibiotics, suspecting sepsis. A few actually had bacterial infections of the throat, large bowel or urinary tract, or viral upper respiratory infections.

About 85-90% had abdominal pain or skin rashes or ulcers of the mucous membranes. The median duration of fever was six days.

About 60% of them had heart-related complications, including up to three of every four confirmed SARS-CoV-2 patients. Over half had mild liver inflammation, and 3% experienced acute kidney injury.

Despite 90% of them showing one or more abnormal clotting tests, just about 1% had any symptoms related to this. One patient developed clots in the internal jugular vein, in a leg vein, and in the lung vessels. Another had bleeding from the rectum and lung clots, while a third vomited blood and showed signs of the profound coagulation abnormality called disseminated intravascular coagulation.

Inflammation of the appendix, of the anterior compartment of the eye, of the brain, and of the small intestine, mesenteric glands, and the testes occurred in very few cases. Aseptic meningitis occurred in five patients, while one patient each had fluid collection in the abdomen and outside the lung. Blockage of the renal artery, gall bladder inflammation, and a rise in pressure within the skull was also reported.

Almost 85% of cases were treated with IVIG, and over half received corticosteroids.

The outcomes varied by the center, though not significantly. Most cases were hospitalized for a median of six days. Almost 70% and 85% were discharged within a week and ten days, respectively.

No patient in this study died, but the number of patients who were admitted to the ICU was doubled in the second half of the study.

The risk of ICU admission was 44% among those aged 6-17 years, but less than half of this (18%) in the youngest children aged less than five years. A high ferritin value (>500 mcg/L) increased the risk by 18 percentage points. Children in Iran also had a higher risk of being admitted to the ICU.

Not only did later cases require ICU admission much more frequently, but 75% had cardiac involvement. The presence of skin or mucosal manifestations also predicted a more severe course.

Most children with MIS-C were previously well.

Children with high ferritin, greater than 500 mcg/L on admission, and older children, were particularly likely to require ICU admission for MIS-C. In later cases, heart-related symptoms were more common.

In Canada, the highest risk for ICU admission as well as for heart-related issues was in the cases admitted towards the end of the study. It is possible, say the researchers, that “the immune response to circulating variants alters the severity of COVID-19 and MIS-C when compared to wild-type virus.”

Encouragingly, despite the high proportion of ICU admissions, recovery and discharge were relatively prompt, and 85% went home within ten days.

Of the probable SARS-CoV-2 infected cases in this study, most had no definite history of contact with a proven COVID-19-positive patient. Still, a fifth required ICU care, and more than two-fifths had cardiac symptoms, underlining the suspicion that some, at least, had MIS-C.

The high fraction of asymptomatic cases and the lack of testing, as well as the inadequately sensitive testing currently available, makes it difficult to prove exposure to infected contacts in every patient. In fact, serology may soon lose its use as a means of identifying infection as vaccination rates surge.

Some American studies have shown a high incidence of severe cardiac involvement in MIS-C, where about 60-75% of affected children required ICU care, compared to less than 33% in this study. The need for mechanical ventilation was also much lower, at 4%, vs. 17% in earlier studies.

Vasopressor use was recorded in a fifth of cases in this study, but more than double this rate in an earlier US study. The differing diagnostic criteria, management protocols and ICU admission guidelines may promote such differences irrespective of disease severity.

Earlier papers report that MIS-C complications resolve completely and rapidly in most affected children. However, cardiac aneurysms remained visible in a fifth of the affected children at one month, and milder cases may have been missed altogether or not even hospitalized.

“The morbidity from MIS-C probably exceeds the morbidity from acute COVID-19 in children but is over-shadowed by the high morbidity and mortality rate of COVID-19 in adults.” Rather than becoming careless, the need is for future population-based studies to explore both SARS-CoV-2 infection in children, and MIS-C, their actual incidence and how they evolve, as well as the long-term outcomes.

7 Best Tips For Camping With A Toddler Or Baby
35 Best Toddler Photography Ideas
Deadly “dry scooping” pre-workout powder is becoming popular on the internet, research shows
15 Safe And Easy Finger Painting Ideas For Toddlers
How to tell the kids you have breast cancer