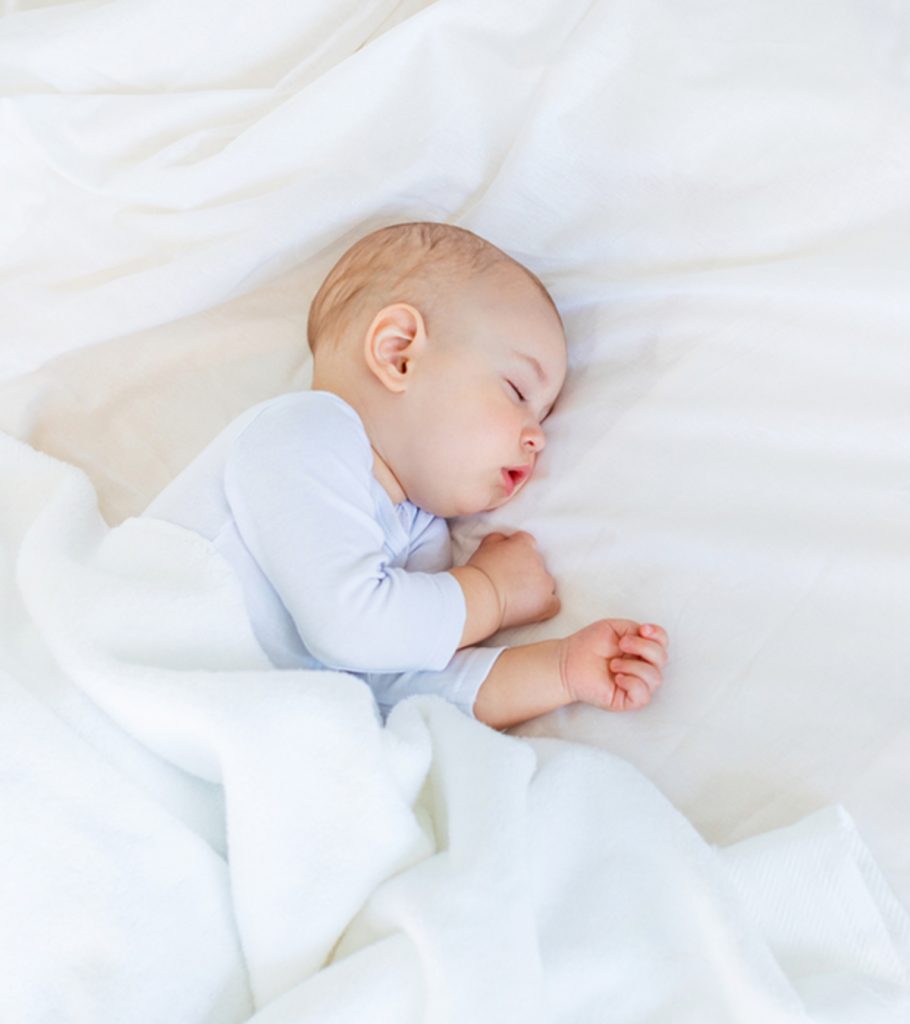 Babies display several primitive reflexes, known as newborn or infant reflexes, at birth. These reflexes are mostly automatic and occur in response to specific stimuli. Some common reflexes found in babies include the sucking reflex, Moro reflex, stepping reflex, and rooting reflex. However, some infant reflexes may be absent at birth and emerge later during infancy. Symmetrical tonic neck reflex or STNR is one such reflex that appears several months after the baby’s birth.

Read this post to know more about STNR, its significance, and when you should be concerned about it.

Symmetrical or symmetric tonic neck reflex (STNR) primarily involves the bending and straightening of the limbs (legs and arms) in conjunction with the head and neck movement. The reflex displays the following attributes (1).

STNR usually emerges after the age of six months and disappears by 11 months (2). Most babies do not have this reflex by their first birthday when they usually may stand and walk a few steps with support.

How To Test For STNR?

You may test the presence of STNR with the following steps.

Significance Of STNR For Babies

Many experts believe that STNR is not a primitive reflex but a transitional one. Below are some of the significant attributes of the reflex (1).

STNR, thus, helps your baby use and move the upper and lower half of their body independent of each other. In the long run, it could facilitate better posture, better body balance, and better eye-hand coordination during movement.

ATNR or asymmetric tonic neck reflex is a primitive reflex, which is present at birth and disappears by the age of seven months (4). Thus, STNR appears after ATNR integrates, and the two reflexes are disparate.

In ATNR, when the baby turns their head to one side, the arm on that side involuntarily stretches out. The other arm bends, and the baby may clench their fist. Some babies may also stretch the leg along with the arm while bending the other leg.

ATNR is important for developing a baby’s gross and fine motor skills, eye-tracking ability, and left-right discrimination ability (2). You may read more about ATNR here.

What Does It Mean By Retained STNR?

Retained STNR means that a baby displays STNR even after attaining the age of 12 months. You may test the presence of STNR. The following signs may also indicate retained STNR in a one-year-old.

You may wait for a few weeks since it is often normal for STNR to integrate a bit later in some babies. However, if retained STNR persists for a month or your baby seems to display general developmental delays, speak to a pediatrician for further assessment.

Retained STNR indicates poor integration of reflexes by the brain centers, indicating possible shortcomings or problems in the development of the baby’s central nervous system.

The following long-term effects may occur due to retained STNR (1).

Babies with retained STNR may have other retained primitive reflexes. Therefore, it is likely that the baby may have been diagnosed already for developmental delay and could be receiving the necessary treatment. If your baby has attained all other developmental milestones, has no retention of other primitive reflexes, and displays good cognitive function, chances are it is only a case of delayed STNR integration. Nevertheless, do get your baby assessed by a pediatrician for early diagnosis of any possible developmental delay.

Newborn reflexes are part of the baby’s development, and STNR is one of them. It helps the baby transition from lying on the floor to crawling. Most babies display STNR integration by the age of 11 months. If STNR persists and you suspect a possible developmental delay, do not hesitate to speak to your baby’s pediatrician.