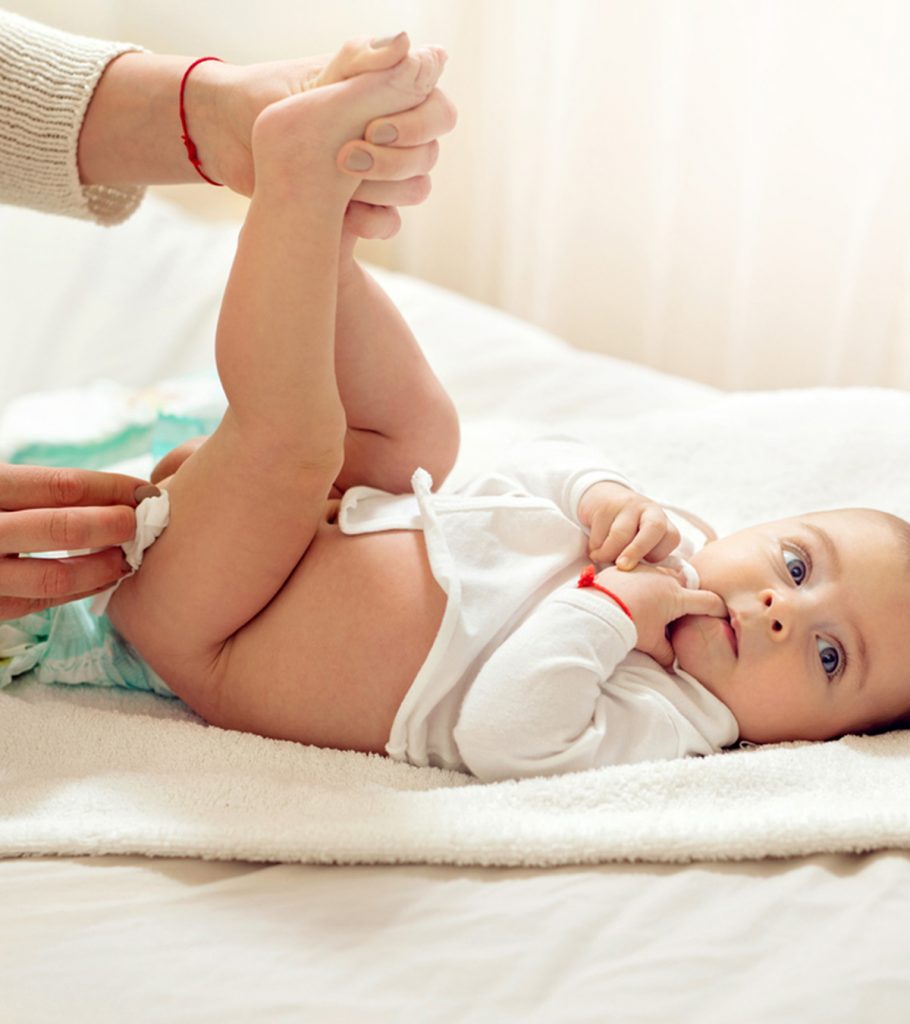 As a parent, you probably observe the color of your baby’s poop each time you change their soiled diapers to make sure your baby is pooping right. Baby poop comes in different colors, textures, consistencies, and smells. Normal baby poop is either brown, tan, green, or yellow, and other-colored poops may also be observed in some cases (1).

The normal brown color of poop is due to the pigment bilirubin. This pigment is originally yellow when secreted from the liver into the small intestine, but as it passes through the intestines, it turns brown (2). However, other colored stools, such as red, black, or white, are uncommon in babies and a cause for worry.

In this post, we tell you about the causes of black stool in babies, if it is normal, when you should be worried, and what other-colored stools mean.

Is Black Stool In Babies Normal?

While black poop is common in newborns, you should be concerned if you notice it in your baby who is over three days old (3).

Several reasons could cause your baby to poop black or tarry stools. While black stools in babies can often be caused by food and medications, which is normal, black stools due to other reasons, such as bleeding in the stomach or any part of their digestive system or gastrointestinal tract, warrants immediate medical attention (4).

If your baby’s black poop is accompanied by a foul smell, it often signals a problem in your baby’s upper digestive tract (5).

What Causes Black Poop In Infants?

Foods such as blueberries, licorice, oreo cookies, dark chocolate, and grape juice can give your baby’s poop a tarry black color.

Iron supplements and bismuth-containing medicines, such as Pepto-Bismol, can cause black poop in your baby. These are generally not a cause for concern.

In some cases, babies digest blood that appears as black poop. This can occur if the baby is breastfeeding and has swallowed blood from the mother’s cracked, bleeding nipples.

These causes are usually not concerning. However, black poop can also result from bleeding in the baby’s digestive tract. The bleeding can occur either in the upper or lower gastrointestinal tract.

Some concerning causes of back poop in babies include (7) (8)

When To Seek Medical Attention For Black Poop In Babies?

If you find any of the following signs and symptoms along with your baby’s black poop, call their pediatrician right away (8).

How Is Black Stool Managed In Babies?

The treatment for your baby’s black poop depends on the cause.

Other Colors Of Baby Poop

Apart from black, the following are other baby poop colors that may

Also called bloody stools, 90% of red baby poop is not a result of bleeding. A large number of foods can cause your baby’s poop to turn red. These include beetroot, cranberries, tomato-based foods, and red Jell-O. However, this is usually harmless and disappears with a change in diet (4).

In a few cases, red streaks on your baby’s diaper may indicate something more serious, such as (9)

This happens if your baby isn’t producing enough bile. Chalky white stools are a cause for concern as they may indicate a liver or gallbladder problem (7). If you notice your baby passing white or pale grey poop, seek medical advice right away.

A dark grey baby poop indicates that the baby is not digesting food properly. This is common in formula-fed babies.

While green baby stool is normal, watery green poop can cause worry. Green watery baby poop is common with diarrhea and needs to be treated immediately (9).

The color of your baby’s poop can reveal a lot about their health. Black stools are common in the first three days after a baby is born and not a cause for concern. However, if your baby is more than three days old and poops black stools, it may be due to food and medications that your baby is taking or due to bleeding in the digestive system.

In some rare cases, black stools can be due to bleeding in the digestive system. If it is accompanied by other symptoms, seek immediate medical attention.

COVID-19 linked to newborn complications
When should you stop driving during your pregnancy?
Childhood adversity associated with morbidity and mortality in the U.S.
Medicaid expansion helped save lives of young adults who experienced a traumatic injury
Devastating genetic disease in children may be treatable in adulthood