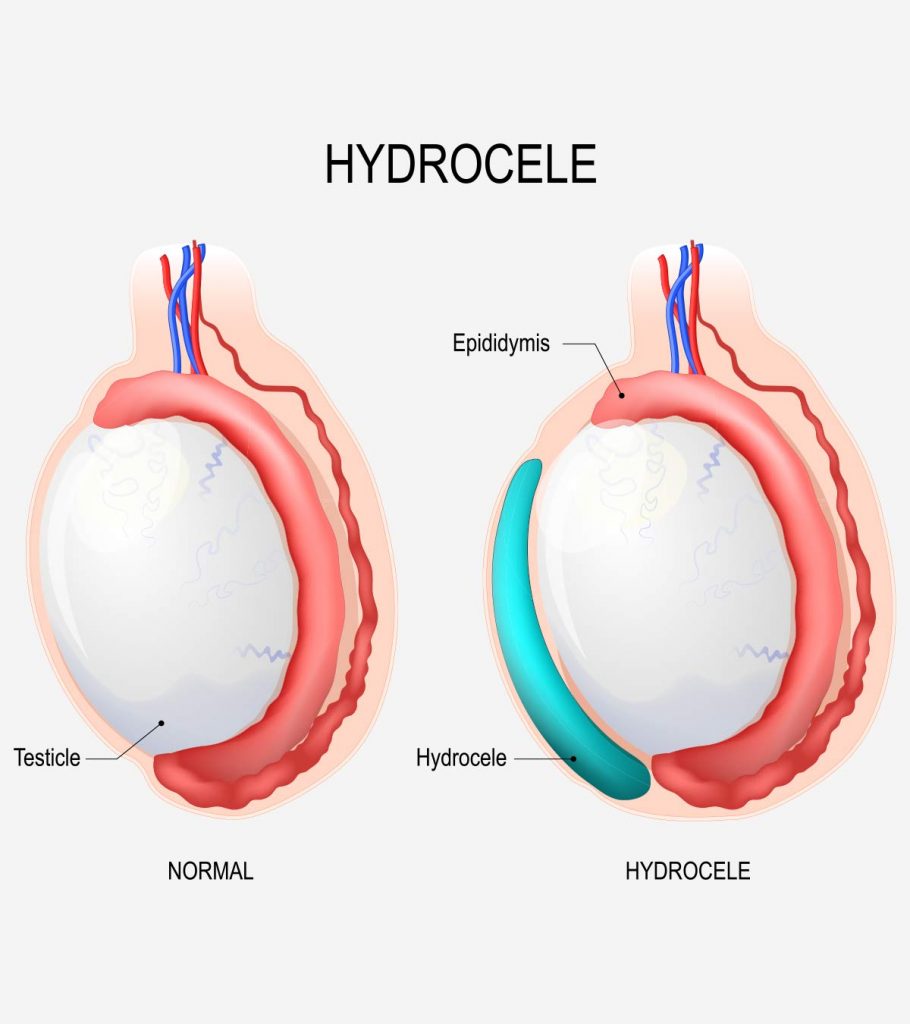 A hydrocele is a common condition that affects one in ten newborn baby boys. It is usually diagnosed at birth but may also be discovered later during routine checkups. Premature baby boys may have a higher risk of developing hydroceles. Many cases may resolve by themselves, while others may require surgical correction, which has a good prognosis.

Read on to learn more about the causes, symptoms, diagnosis, and treatment of hydrocele in babies.

What Is A Hydrocele?

A hydrocele is the accumulation of fluid within the thin sac or pouch surrounding a testicle within the scrotum (1). The condition may affect one or both the testicles. The sac is made of a thin membrane. The collection of fluid causes the sac to balloon, leading to enlargement of the testicle, indicated by a swollen scrotum.

Hydroceles are congenital (present at birth) and could occur in full-term baby boys with no history of prenatal issues. The condition tends to be most common among premature babies (2).

Causes Of A Hydrocele In Babies

A hydrocele occurs due to developmental defects in the descent of testicles into the scrotum (3).

Once the testicles reach their normal position, the canal gradually closes, and there is no connection between the sac and the abdominal cavity. However, in some cases, the tunnel does not close correctly or closes abnormally, leading to the formation of hydrocele.

The type of developmental defect during the closure of the canal determines the type of hydrocele.

There are two types of hydroceles (4).

Signs And Symptoms Of Hydroceles

The prominent sign of hydrocele is a swollen scrotum. If one testicle is affected, the scrotum will appear swollen on one side. Congenital hydrocele neither causes pain nor other symptoms in the baby (5). If the swelling is painful and the baby has other symptoms, such as vomiting, it is likely to be a hernia.

Communicating hydrocele may cause an increase in the size of the swollen scrotum during certain activities that lead to strain, such as crying. The scrotum may reduce in size when the baby lies down or is asleep (6). It happens due to the constant transfer of fluid between the testicular sac and abdominal cavity and vice-versa. It does not cause any discomfort to the baby.

A doctor can diagnose hydrocele during routine postnatal examination by observing the swollen scrotum (7). The healthcare provider may shine a bright light through the scrotum to check if it is filled with fluid. A fluid-filled scrotum would light up and have a smooth appearance.

Treatment For Hydroceles In Babies

The treatment depends on the type of hydrocele (8) (9).

Treatment for a communicating hydrocele

Treatment for a non-communicating hydrocele

Complications Of A Hydrocele

The prognosis of both types of hydroceles is very good, and they seldom lead to complications (10). Most babies have normal development of testicles once the condition goes away. In rare cases, the baby may develop a hydrocele again. Complications tend to be more common among premature infants and in scenarios where the hydrocele is accompanied by a hernia or other birth defects.