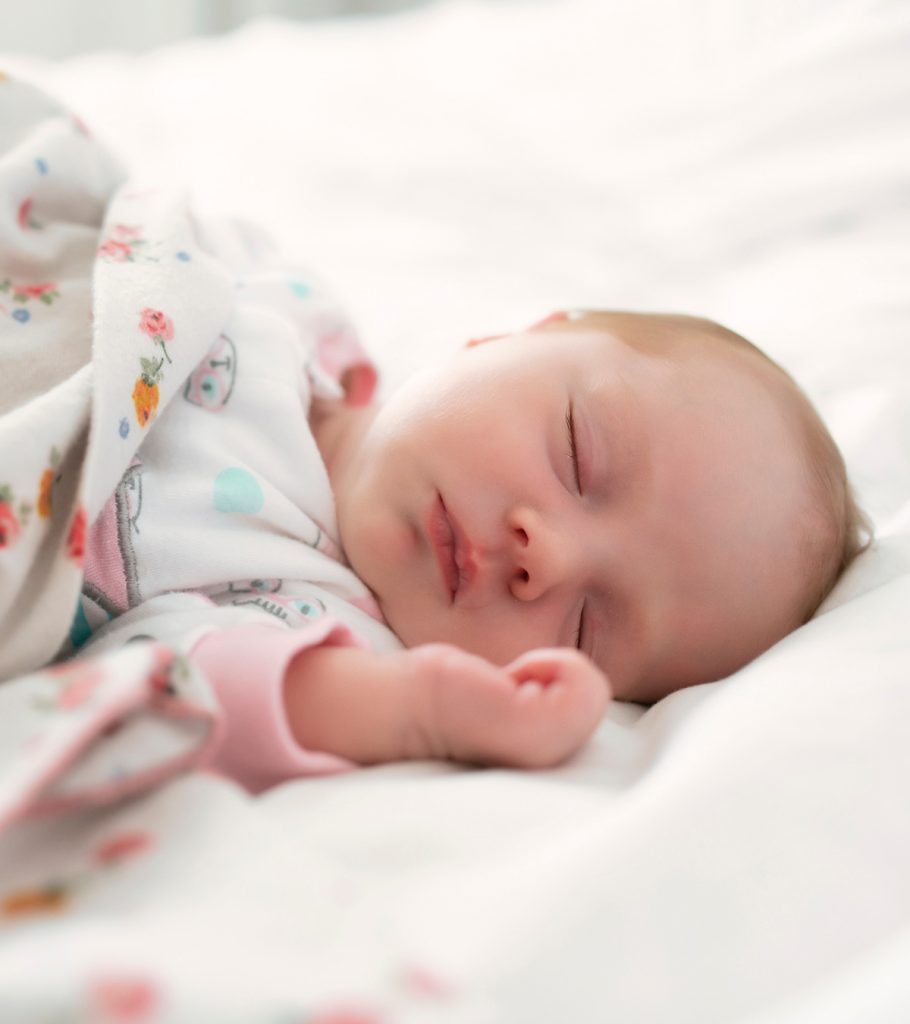 During the initial few weeks of a baby’s life, much of their physical activity is reflex-based since most of their actions are responses to certain stimuli. A reflex is defined as an automatic muscle reaction in response to a stimulus (1).

Read on to learn about the purpose, causes, and signs of asymmetrical tonic neck reflex (ATNR) in babies and when to be concerned about it.

What Is Tonic Neck Reflex?

Tonic neck reflex is present at birth and occurs when the baby lies on the back. When their head turns to one side, the arm on the side to which the head turns involuntarily stretches out. The other arm bends at the elbow, and the baby may clench their fist.

Since the reflex resembles a fencer’s stance, it is also called a fencing reflex (3). This reflex is critical for a baby’s eye-hand coordination, control of posture, left-right discrimination, and gross motor skills (4).

Yes, tonic neck reflex is normal during the initial few months of the baby’s life. It develops in the fetus during the 18th week of pregnancy. The reflex usually becomes prominent between the ages of one and four months old and disappears by the age of seven months (3).

Older babies, children, and adults can also take the tonic reflex stance, but it is a voluntary action rather than an involuntary reflex (5).

Tonic neck reflex is one of the several primitive reflexes of infancy. Primitive reflexes are natural involuntary responses ingrained in the baby’s nervous system. They occur due to specific stimuli and only for a fixed duration during infancy.

Several primitive reflexes serve certain purposes since the baby’s gross motor skills are inadequately developed. Therefore, the presence of primitive reflexes, such as tonic neck reflex, is a sign of healthy brain and nerve activity in the newborn (6).

What If Baby Does Not Have Tonic Neck Reflex?

If your baby does not display asymmetrical tonic neck reflex during infancy, speak to a doctor. Doctors check for the presence of primitive reflexes soon after birth to determine the healthy functioning of the nervous system.

The absence of primitive reflexes, such as tonic neck reflex, may indicate damage or poor development of the baby’s nervous system (7). It may also suggest dysfunction of the central or peripheral nervous system. There is no single reason why a baby may have congenital nervous system problems. Genetic and gestational factors, such as maternal lifestyle during pregnancy, could be the influential factors.

The doctor may suggest multiple tests to determine the underlying cause of the asymmetrical tonic neck reflex’s absence. Relevant treatment or management could be suggested based on the diagnosis.

What Happens When Baby Retains ATNR?

It is considered atypical development if the baby shows ATNR after seven months. It may suggest the absence or poor development of reflex integration — an automatic process where the matured higher brain centers inhibit the reflexes and modify them to become voluntary actions (8). Babies with poor reflex integration tend to display problems with fine and gross motor skills and cognitive abilities.

It may be sometimes difficult to tell if the asymmetrical tonic neck reflex in babies and toddlers is voluntary or reflexive. You may check for the presence of the following conditions that could also occur due to poor reflex integration (9) (10).

If asymmetrical tonic neck reflex persists through the baby’s childhood, it may indicate poor reflex integration, which may also cause the following issues (11).

The treatment of retained tonic neck reflex and other primitive reflexes could depend on the underlying cause and its severity. A common way to improve a child’s voluntary actions and inhibit primitive reflexes is through reflex integration therapy.

The therapy usually contains a series of exercises and games that stimulate coordination between various parts of the brain. It ultimately helps improve the functions of the higher brain centers, which are normally responsible for inhibiting primitive reflexes.

A therapist may design the therapy based on the symptoms shown by the child and its intensity. Below are some of the common activities used in reflex integration therapy (12).

Tonic neck reflex is a type of primitive reflex present in babies at birth. These reflexes are part of normal neurological development and disappear during infancy. However, ATNR may be a cause of concern if it is persistent. If you notice the absence of tonic neck reflex or the baby displays it after the age of seven months, speak to a pediatrician.

Can You Eat Sushi when Breastfeeding?
Modulating the composition of bacterial populations in the colon could enhance anti-tumor immunity
Researchers report increase in the number of children with autism spectrum disorder
First trip without your baby? 6 tips to make for smooth travels
High stress levels during COVID-19 increase odds of aggressive discipline practices by parents