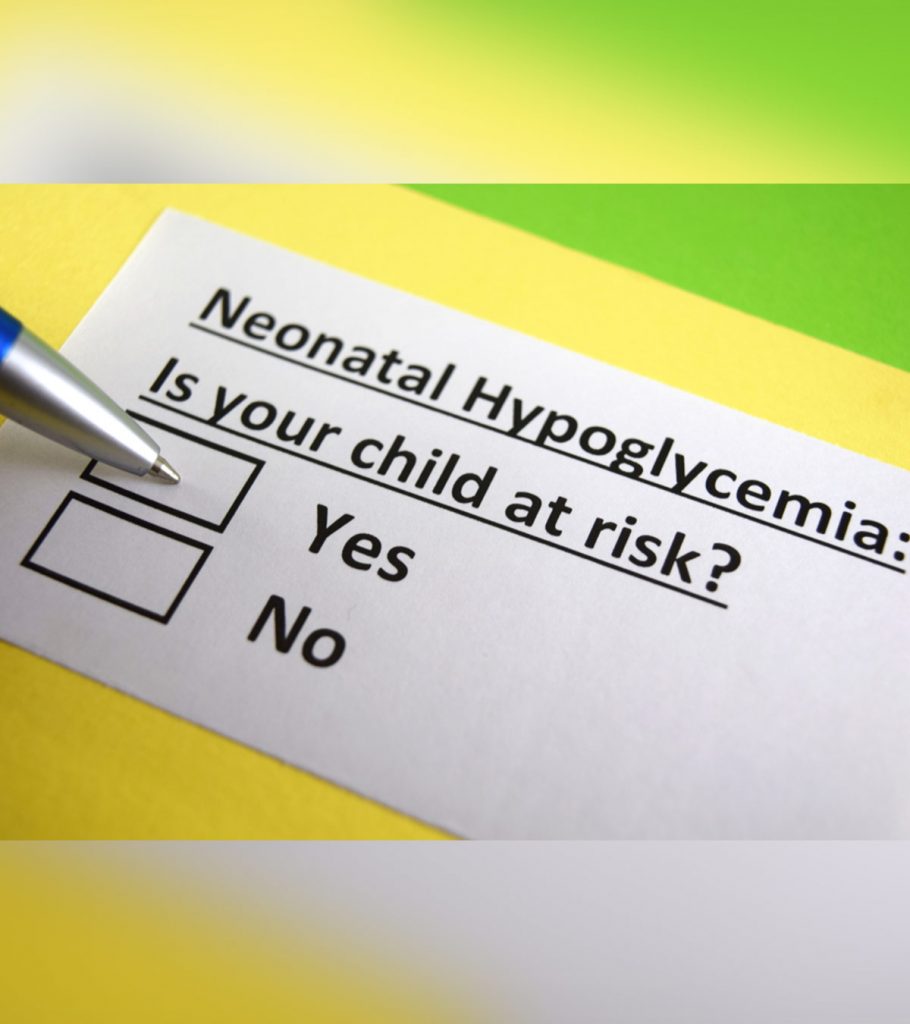 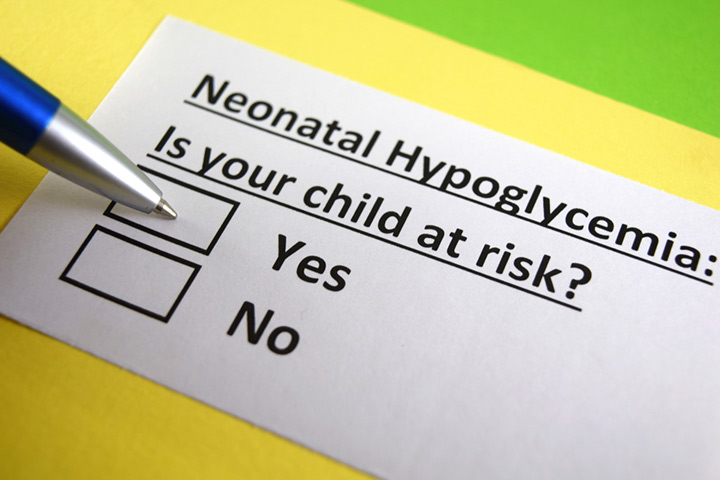 Neonatal hypoglycemia is a common metabolic problem where the newborn’s blood glucose levels are less than their body’s requirement for energy and metabolism.

Healthy newborns may also develop transient hypoglycemia while adapting to extrauterine life. However, the decline of plasma glucose level to lower than 30 mg/dL (1.65 mmol/L) within the first 24 hours of life and less than 45 mg/dL (2.5 mmol/L) after 24 hours is considered neonatal hypoglycemia.

The depletion of stored glycogen combined with impaired gluconeogenesis (formation of glucose) results in hypoglycemia in babies.

Neonatal hypoglycemia can be due to various reasons (1).

The following factors may increase the risk of neonatal hypoglycemia (2).

Monitoring and appropriate feeding in higher risk newborns could help reduce the risk of complications.

Signs And Symptoms Of Neonatal Hypoglycemia

Some babies can be asymptomatic during the first couple of days of life. However, most infants develop life-threatening cardiopulmonary and central nervous system problems due to low blood glucose levels.

Common signs and symptoms of neonatal hypoglycemia could include (3):

The drop in blood glucose can also lower the glucose levels in the cerebrospinal fluid (CSF). It can lead to a shortage of glucose in the brain, leading to the following manifestations.

Seek immediate medical care if you notice any symptoms of hypoglycemia in your newborn baby.

The following laboratory tests are ordered to diagnose neonatal hypoglycemia (4).

Additional tests could be required to determine or rule out the presence of adenoma (tumors) that could lead to hypoglycemia.

Immediate management helps to prevent neurological damages due to hypoglycemia in babies. The treatment options may include the following (5).

The American Academy of Pediatrics recommends admission to neonatal intensive care units and intravenous administration of dextrose (glucose) for the following cases of hypoglycemia (6).

All high-risk infants are screened at birth and treated if required.

Hypoglycemia could affect the brain and its functions. Neurological damage may result in long-term effects, such as seizures, poor cognitive function, personality disorders, and developmental delay (6).

The visual cortex that processes vision could also be affected. It may impact eyes and optic nerve development. Other complications include adverse effects on cardiovascular function. Severe prolonged hypoglycemia can be fatal if left untreated. Babies with asymptomatic hypoglycemia are often prone to long-term complications due to possible delays in diagnosis and interventions.

Hypoglycemia in babies is a common condition that could be a result of any underlying problem or factor. Babies with a high risk should be screened soon after birth. Although frequent breastfeeding could prevent hypoglycemia in many newborns, it may not be adequate for babies with inborn errors of glucose metabolism and other congenital problems. Speak to your child’s doctor to determine the best treatment course to avert long-term complications.