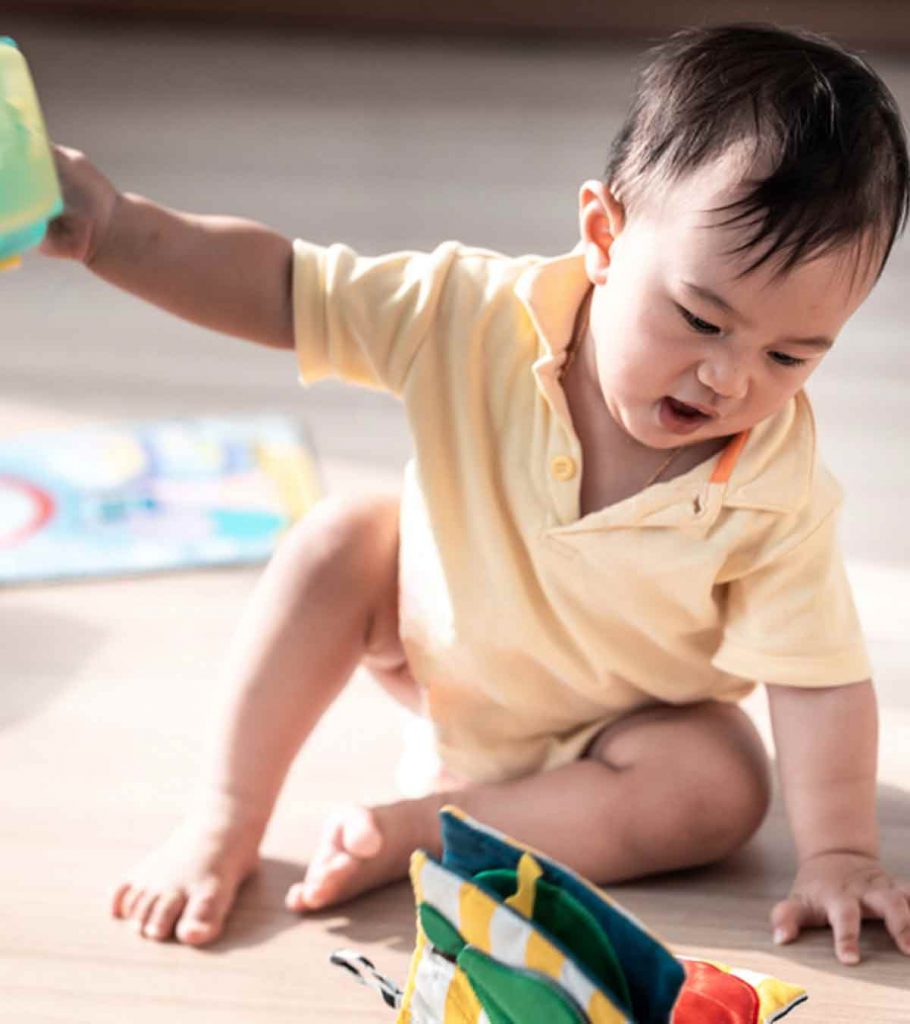 Toddlers throwing things is normal till it becomes a behavioral pattern. Throwing things needs developed motor skills and good hand-eye coordination. Hence, the act of throwing is usually a developmental achievement. However, if your child has the habit of throwing things, either to gain attention or due to some underlying issue, it could be worrying for you.

It is essential to know the reasons behind why toddlers throw things so that you can manage the behavior better.

Read on to understand why toddlers throw things and how you can help them manage such actions.

Why Do Toddlers Throw Things?

The simple act of throwing things could have several underlying reasons. A toddler may throw things for the following reasons (1) (2).

If throwing becomes an ingrained habit, it may become a behavioral attribute. A toddler who becomes habituated to throwing things may develop the following undesired traits.

How To Stop Your Toddler From Throwing Things?

Parents must take necessary actions to prevent habits, such as throwing things, from becoming the child’s character trait. You may consider trying the following interventions.

Patience, empathy, and consistency are what you need to break or make a habit in children. Make sure you reinforce appropriate behavior through the regular practice of the above-mentioned interventions.

When to see a doctor?

You may consult a doctor about your toddler’s behavior if the toddler (6):

Consult the pediatrician for such behavioral patterns. In some cases, these might be signs of autism, although you should not make any conclusions (7). Your toddler will undergo several tests to conclude the presence of autism, but only if the healthcare provider suspects it.

Throwing things is often a common habit among toddlers, and it usually fades away as the little one develops a better understanding of objects. Parents play a significant role in setting good habits in their children. Therefore, intervene early and teach your toddler the right way of using objects. Teach them the right outlets for their frustration and when it comes to throwing for play, provide them with toys that they can safely throw without hurting themselves or others.